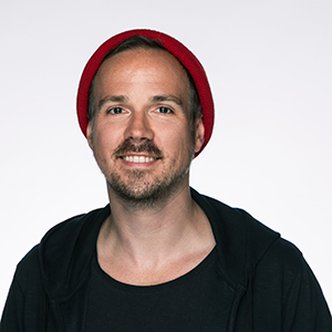 Chief Creative Officer / Creative Lead JMP Innovation Space
Grabarz & Partner
Hamburg
, Germany
Felix studied Communication Design only to realize that copywriting is so much more fun. After three years in the Austrian outback he worked at creative hotspots Jung von Matt and Scholz & Friends before joining international network Ogilvy & Mather as Executive Creative Director. He created the most awarded campaign for Ogilvy Germany and helped Ogilvy win Cannes Lions Network of the Year two times in a row.
Since 2018, in the role of Managing Director/Creative at Hamburg based independent agency Grabarz & Partner and creative lead of the innovation hub Grabarz JMP Space in Berlin.

Ranked amongst the Top 100 people in marketing by ad magazine W&V in 2018, Felix believes in the power of creativity. Not only as the key to great and relevant work, but also as one of the most important human factors for all challenges in a world of technology. With storytelling strongly embedded in his creative DNA, Felix loves to use technology as a language to create not stories but experiences.