As FCB’s Worldwide Creative Partner, Fred teams up with Global CCO Susan Credle to make FCB one of the most creative and meaningful advertising networks in the world. At Cannes Lions 2019 FCB was ranked 3rd most creative network in the world, number 1 creative network in North America and won all the most difficult recognitions: 5 Grand Prix including GP Titanium, 18 gold lions.
Over the last 18 years, Fred has been recognized as one of the industry’s most progressive creative thinkers and leaders. His vision of creativity had been shaped by the time he graduated from Europe’s first truly creative school for the digital age in the ’90s and was running his own digital shop at the age of 22.
Pieces of work such as “Whopper Detour” for Burger King,  “Same-Sex Wedding” for Google, “The Sharing Can” for Coca-Cola, “Circles” for Levi’s, “Sindoor Khela – No Conditions Apply” for Times of India helped him become one of the most awarded creatives of his generation. Fred was ranked #3 best chief creative director in the world in 2019. He won 95 Cannes lions including 31 gold lions 2 black pencils at D&AD.
Beyond award recognition, Fred is known for his pivotal role in helping local and global iconic brands to find their voice in the modern world. Previous to FCB, Fred was part of the creative leadership team at Creative Artists Agency (CAA), the four-time Emmy-awarded brand entertainment agency based in Los Angeles. CAA’s marketing work is inspired by a vision that Fred helped define and execute: Create pop culture for brand, and help brands to play a meaningful role in pop culture.
Fred has a special talent for creating transformational stories for brands and agencies alike. Before his efforts in America, Fred was working in Paris, where he and former CCO Chris Garbutt turned Ogilvy Paris into a world-famous creative powerhouse. Together they helped global brands like Coke Zero, Perrier, Mondelez, Ford and Nestlé to build their business through iconic creative work. In 2013, Ogilvy Paris was named best creative agency of the year at One Show, D&AD and The Webbys.
He is the doting father of 7-year-old Alice and 5-year-old Elena, and the proud husband of Anne Sophie, his very French wife, as her name helps you understand. 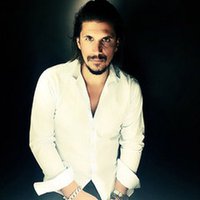 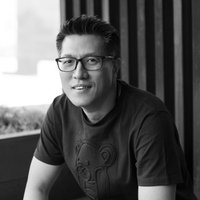